OUR EXPERIENCED, QUALIFIED STAFF PROVIDE COMPREHENSIVE CONSULTATIONS ALL IN THE RELAXED ENVIRONMENT OF OUR RECENTLY REFITTED STORES

We feel there are two very important elements to a top quality eye exam; time and experience.

Our Optometrists (Opticians) boast an average of 22 years experience each in taking care of patients eye health. They are truly experts, and passionate about providing a service second to none.

Secondly, when you visit us you’ll be given the time you need to ensure you have a satisfactory eye exam. We’re here for you if you have questions and you won’t be rushed.

We can boast cutting edge technology and testing facitilties, but it’s the simple things like time and experience that set us apart.

You’ll be treated to a first-class eye exam, using the latest technology.

You’ll meet our highly-trained dispensing staff who can speak to you about frames, fit, lenses and all the other elements that will ensure you leave us with an eye care solution tailored to you.

Some of our other optical services inlcude:

Our vision has always been clear and focused; to provide outstanding eye care to every customer, every day.

At Crowleys, we pride ourselves on our expertise in working with our youngest customers. This is why we’ve developed a kids area for each of our stores. These areas are designed to relax kids and make them feel welcome, while mum and dad have important conversations with our experts.

When focusing on children’s eye health, we work hard to keep everyone calm and focused. Intervention at a young age can be crucial to identifying or correcting any issues your child may have.

We’ve also opened Ireland’s first optical sensory room in our Newbridge store for children and adults with sensory issues. This is an area of eye health that is often overlooked, and our ongoing investment in these facilities is an example of our dedication to ALL children’s eye care. 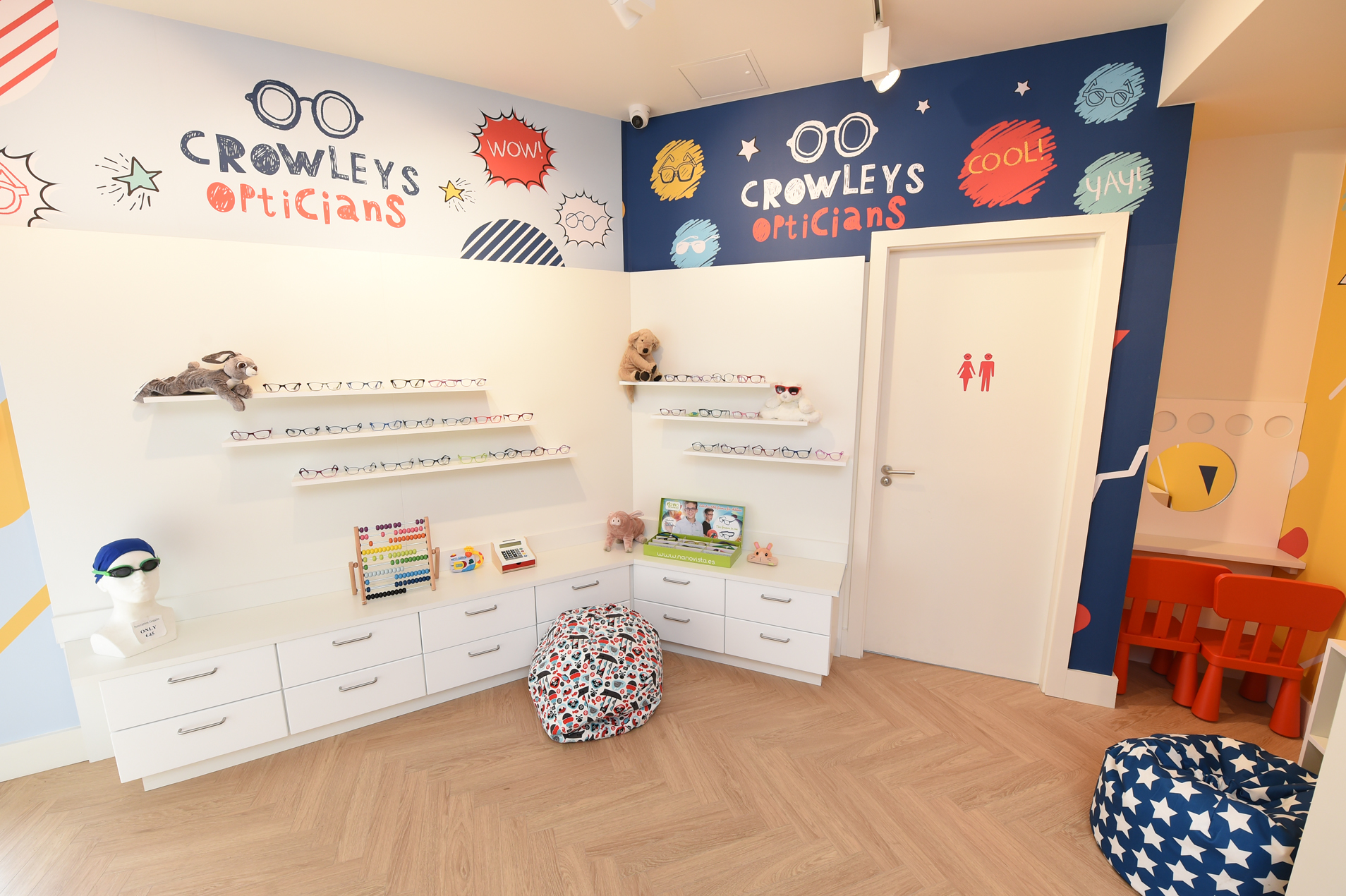 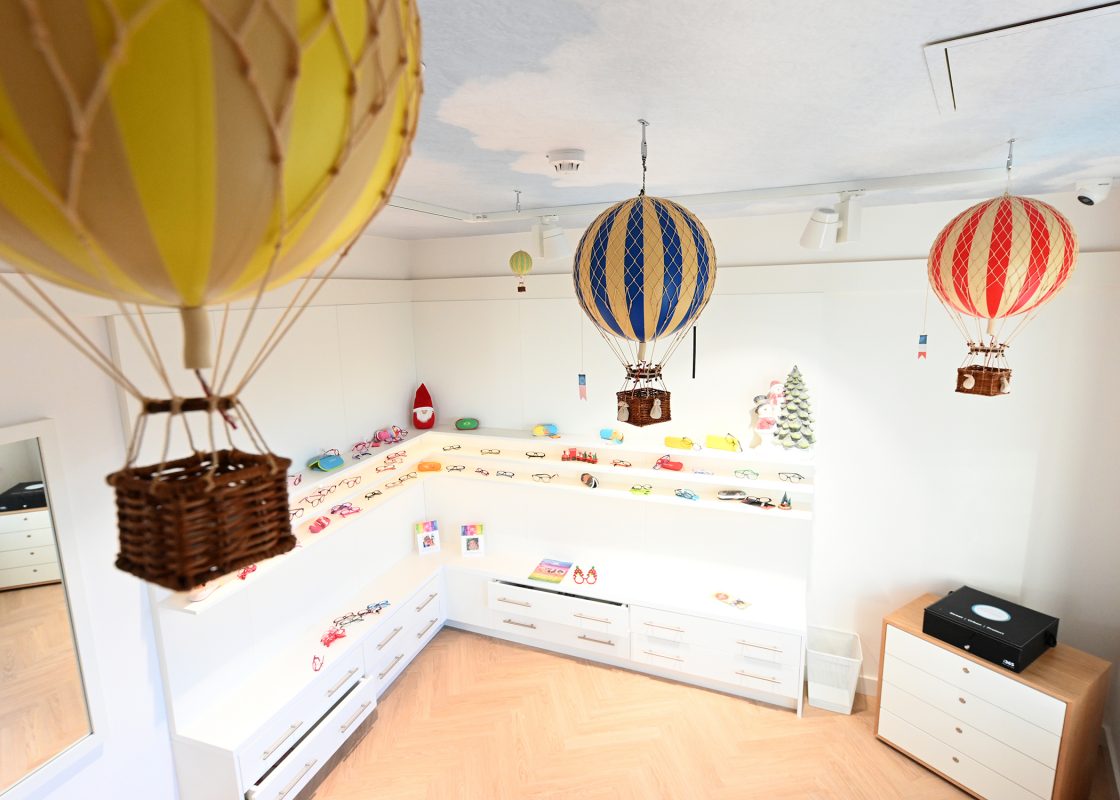 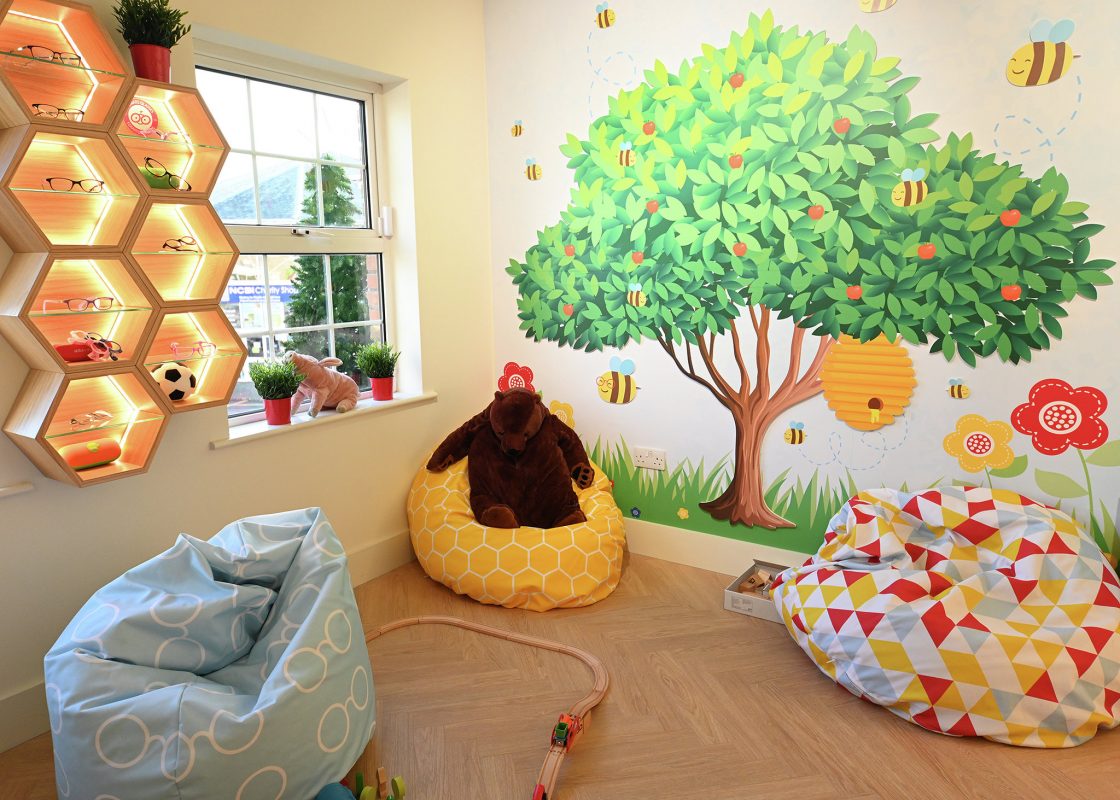 Over the course of our long history as an opticians, we’ve almost seen everything! Here’s some common questions we get asked, and some general answers. Just be aware that nothing is as good as a one to one consultation. Cases and symptoms vary, so if in doubt, call us or book an appointment.

OUR SOCIAL CHANNELS ARE UPDATED REGULARLY WITH EXPERT ADVICE, INFORMATION AND EYE-CARE UPDATES

What makes you different from other opticians?

We think that two very important things set us apart from many other experiences you may have; time and experience.

We believe that an eye exam is a vital health service that everyone should take as seriously as a trip to the doctors. Your vision is vital. Therefore, an eye exam shouldn’t be rushed. We’ll go at a pace that suits you to ensure you get the best possible advice and outcomes. We’ll answer your questions and make you feel at home.

Secondly, our long history as eye care specialists means that we can bring our experience to any consultation we provide. Our Optometrists (Opticians) boast an average of 22 years each in taking care of patients needs. Your eye health is important and should be entrusted to the best, most experience eye care professionals.

First of all, you’ll call or email to book your appointment. Once you arrive before your appointment time, you’ll meet with one of our dispensing opticians. They’ll speak to you about previous visits, or any eye health issues you have previously experienced. Then you’ll meet with one of our optometrists who will conduct the full eye exam. They we carry out a number of exams over 30 minutes that will give a full picture of your eye health and your optical prescription.

Once you’ve finished your test, the optometrist will discuss recommendations with you, before bringing you out to speak to our dispensing optician (DO). The DO will speak to you about the results of your eye exam, and will discuss any solutions or recommendations. They’ll also talk to you about lenses, tints and frames (including frames that would fit your prescription) to ensure you have options for the best of eye care.

We’ll arrange a follow up appointment if needed, and will be available to you for any post appointment questions you may have, either over the phone, via email or in person.

What PRSI or social welfare entitlements do I have?

This will depend on your own personal PRSI entitlements and circumstance, however our staff will advise you on what discounts or benefits you are entitled to. You can find out more about the Treatment Benefit Scheme on Gov.ieor on the Citizens Advice Bureau.

I have an eye emergency, can I contact you?

We are happy to speak to you if you have an eye health emergency. Call our stores and we will advise you as best we can.

Bring our expert service to where you work with our unique full-and-free workplace eye testing service. We’ve conducted eye tests in over 100 organizations across Ireland and have been told staff appreciate this essential health and wellbeing service being brought to their place of work, at their convenience.

The burning of cork

When Mr William Brook closed his opticians’ practice located at 26 Grand Parade for the evening on Saturday, December 11, 1920, he couldn’t have known the terrible fate that was to befall his city hours later – The Burning of Cork City. 100 years later, and still the site of an optician’s practice – Crowleys Opticians – number 26 Grand Parade has stood the test of time and recently witnessed the centenary commemorations of the city’s darkest night.

My 6 month old son just received his new glasses in your Newbridge store in Kildare. They made his new transition so easy and they were so patient, helpful and kind. I cannot praise them enough. Thank you.

I highly recommend this service – very friendly, professional, and accommodating. Thank you for answering all of my questions today!

After years of being a customer to one of the bigger chains I decided to try Crowleys instead. So glad I did! Very professional. Most importantly the eye exam was very thorough and not rushed. Highly recommended!

Superb opticians with a growing range of modern frames to rival anything I’ve seen abroad. Was able to replace my Moscots there recently. Very much worth a look!