The Burning of Cork City

When Mr William Brook closed his opticians’ practice located at 26 Grand Parade for the evening on Saturday, December 11, 1920, he couldn’t have known the terrible fate that was to befall his city hours later – The Burning of Cork City. 100 years later, and still the site of an optician’s practice – Crowleys Opticians – number 26 Grand Parade has stood the test of time and recently witnessed the centenary commemorations of the city’s darkest night. 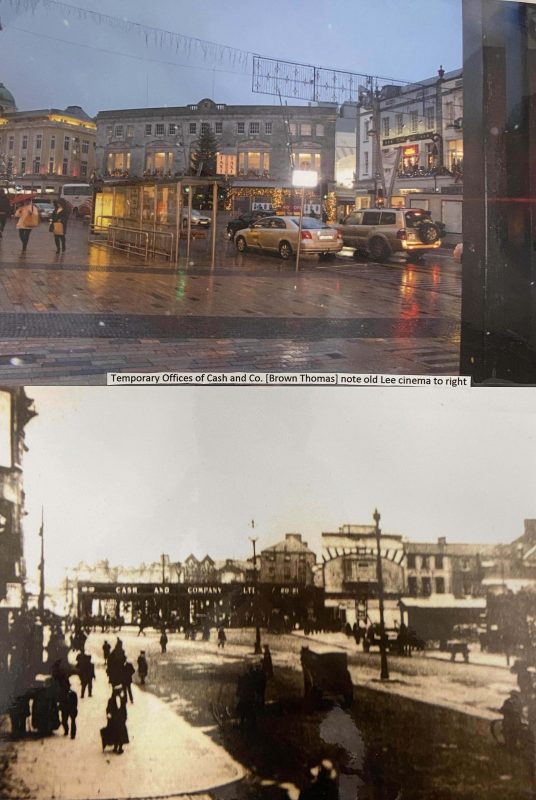 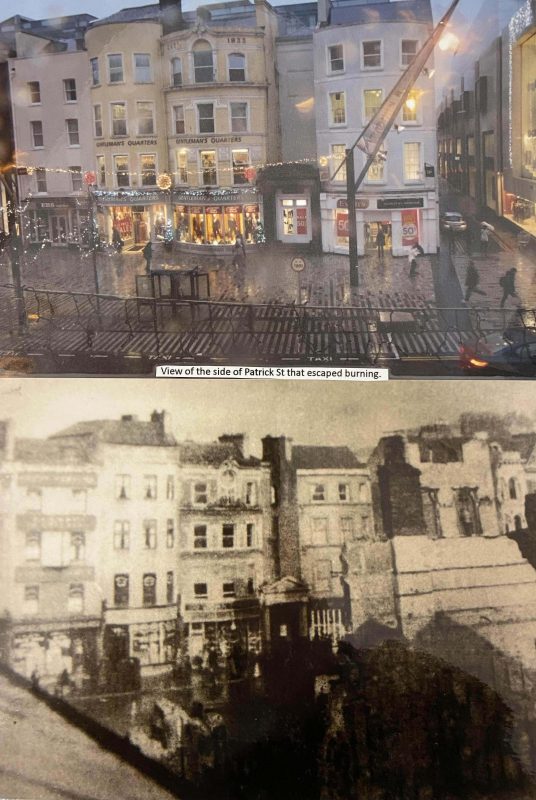 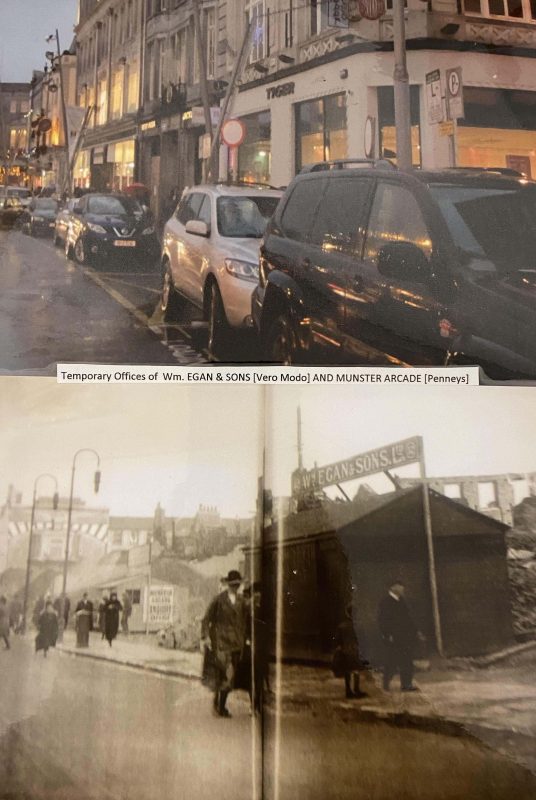 William Brook had been running the Harris Rundle opticians’ practice on the Grand Parade since 1916, and would continue to operate it until he handed it over to the Crowley family in 1972. That evening, while locking his doors and turning his shoulder into the cold winter wind, he couldn’t have known that catastrophic events were already unfolding after an IRA ambush in Dillion’s cross earlier that morning.

Outraged at this attack, K Company of the Auxiliaries went on to raid, burn and destroy homes in the area. The Auxiliaries, also known as the Black and Tans, spread out their attacks on civilians throughout the city, as they made their way to the city centre.

By now it was late evening on Saturday, December 11, and Mr Brook of Harris Rundle’s Opticians was likely already safely out of harms way. Just before 10pm, sporadic gunfire and bombs were reported in the city centre. The burning of Cork has begun in earnest. Soon Grants & Co outfitters and General Warehouse on Patrick Street – the very heart of the city – was on fire. 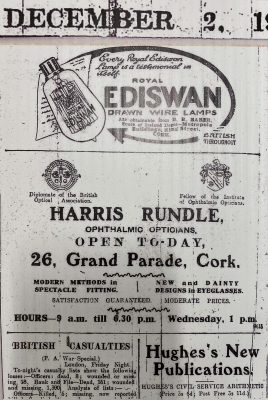 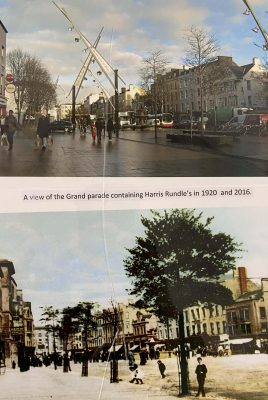 A party of Auxiliaries also followed the trail of the Ambushers to Delaney’s farm and proceeded to shoot two brothers, Joseph Delaney and Cornelius Delaney, as well as injuring their elderly uncle.

The Cork City Fire Brigade began to fight the fire in the city centre, but by 12.30am, December 12, the Munster Arcade and Roche’s Stores were now also ablaze. The Auxiliaries prevented the Fire Brigade from putting out burning buildings with force and fired at people attempting to retrieve property.

At around 6am City Hall and the Carnegie Library were set alight and totally destroyed. Cook Street, Winthrop Street and Oliver Plunkett Street were almost all totally engulfed and many shops had been looted of their Christmas stock. Mr Brooke would return to a very different Cork city, one gutted of its historic buildings and businesses by rampaging fires.

The British Military on Sunday afternoon posted armed Soldiers along Patrick Street, issuing a warning to people not to congregate and to keep their hands out of their pockets. By 10pm on Sunday night, December 12, the last of the fires were brought under control and extinguished. Cork city had blazed for 24 hours, with the main merchant section of the city unrecognizable, and over £20 Million worth of damage reported.

Subsequently, the Chief Secretary of Ireland, Hamar Greenwood, denied that the Auxiliaries were involved in the rioting, looting and burning of Cork, but because of the mounting evidence against the Auxiliaries, K Company was moved to Dunmanway and later disbanded in March 1921.

Mr Brook and his store were lucky. They escaped the fires, and began the business of rebuilding the fortunes of Ireland’s second largest city. Today there are few scars left from this traumatic night, and the city centre is as vibrant as ever. There has been an optician’s practice at 26 Grand Parade since that night, with Crowley’s Opticians proudly occupying the historic and iconic location on the centenary of the Burning of Cork. We are humbled to be part of Cork’s rich and at times traumatic past, and excited about its bright future.

Use our online contact form to leave a message with our team. We will respond as soon as possible and discuss your needs further. 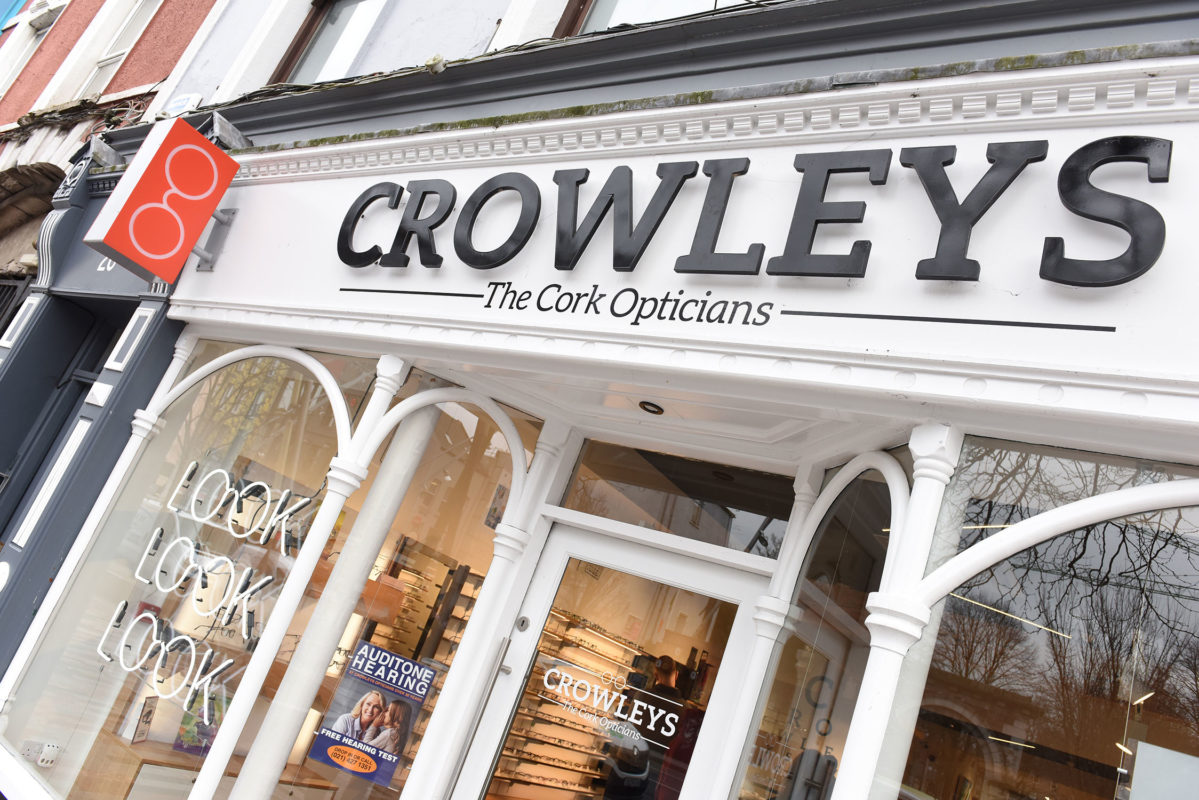 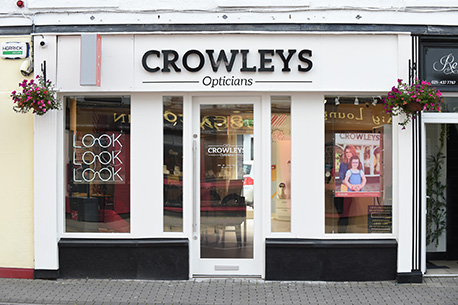 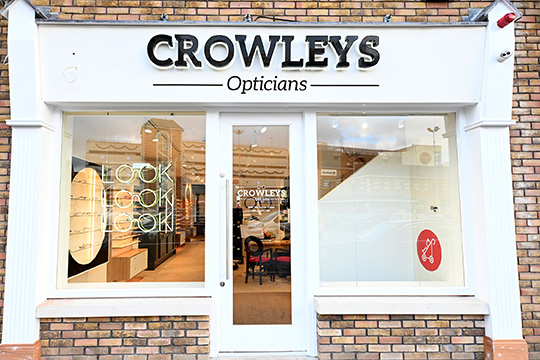